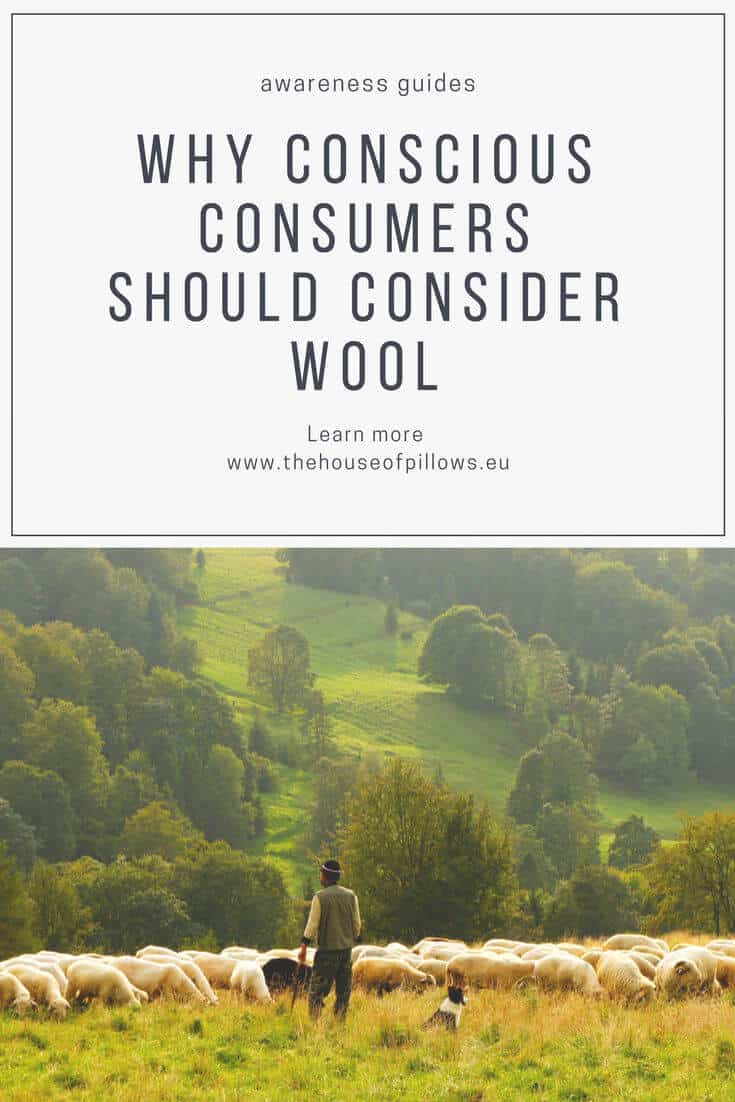 Why Conscious Consumers Should Consider Wool

We love supporting conscious consumer advocacy. We are a conscious business making consciously produced bedding. No sweatshop, no animal cruelty, all made with organic, natural fibers sourced locally near our studio where we make our products. Many of the products we make have organic wool in them. Our wool comes from various small farms in the moutainous regions of Slovenia, which we regularly visit. It’s important for us that our audience and customers know where we are getting our wool, and how the sheeps who give us are wool are being raised and treated.

It’s important, because it matters. We wouldn’t use any wool that isn’t from organicly raised sheeps, because we know how much cruelty they generally have to endure. We wouldn’t used processed commerical wool either, because it’s often extremely scatchy, and unbearable to even touch (we couldn’t imagine sleeping in it!). Our organic wool is from small farms where the farmers treat the sheep with respect, and where the wool is not processed with harsh chemicals.

Read our about pages for more information about our wool and all of our other natural and organic materials.

Have fun reading this post by Alden Wicker from EcoCult!* 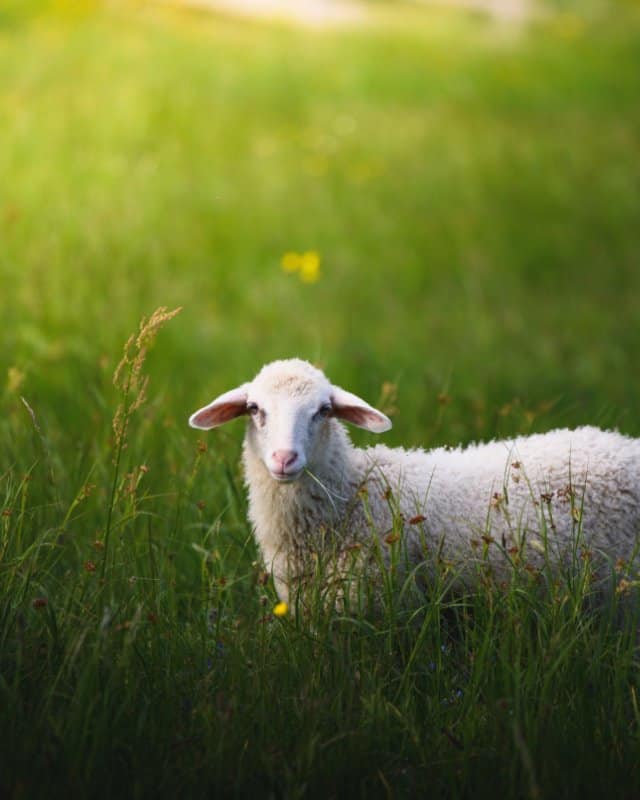 Why Conscious Consumers Should Wear Wool

“For a long time, like so many millennials, I was not into the idea of wool. It brought to mind itchy, heavy sweaters and uncomfortable suits. And I don’t wear suits.

But something began to change a few years ago, when I discovered the sustainable performance brand Icebreaker. This New Zealand brand makes bras, t-shirts, leggings, and all other types of athletic wear, all with merino wool. The new sustainable brand Allbirds makes their tennis shoes out of merino wool as well.

Yes. In fact, in the past few years, wool has become a favorite textile of mine.

Specifically merino wool, a type of wool that is super fine and soft, and can be woven into a slightly stretchy, 100% natural, soft and breathable textile.

“Merino wool is a breed of sheep that produces a softer, more fine wool. It has a very high microfiber content. The finer it is, the higher quality and the less likely it is to be itchy,” says Ashley Denisov of the L.A. brand 1×1. She uses sustainable American wool in her slow fashion brand’s sweaters.

2. Wool is a better performance

“Something that is really amazing about the fiber of wool: It’s very breathable, but simultaneously insulated,” Denisov says.

It’s also the best fiber for managing body odor – way better than polyester. Polyester, as I was told by a textile scientist, does repel sweat and and the chemicals that cause B.O., but then they tend to sit on top of the fiber, stinking up all day and even clinging to the fiber after you put it in the wash. (Go smell some of your “clean” polyester sports bras and leggings. Yup.)

A natural, hollow fiber, wool absorbs and traps your sweat and B.O., then releases it completely and quickly as it dries, leaving you stink-free within the half hour. It also washes well and completely in water and simple laundry detergent. All this makes wool perfect for the sustainable gal who likes to work up a sweat, whether in a boutique fitness class or on the hiking trail.

Wool is a natural fiber that doesn’t shed plastic microfibers into the water the way polyester does. And it is compostable.

But even better, wool may be the key to making our fashion “climate beneficial.” That’s right, instead of producing carbon, wool (if raised correctly) actually helps sequester carbon from our atmosphere into the soil.

“Climate beneficial is a term that we’ve developed at Fibershed and the Carbon Cycle Institute to describe landscapes where grazing is occurring,” says Rebecca Burgess, executive director of Fibershed, a nonprofit that develops regional, sustainable fiber systems on behalf of independent producers. “Wild animals have been helping ecosystems for 40, 50, 60 millennia.”

About 40 million years ago, the earth went through a cooling period, which a 2016 study in the journal Soil and Water Conservation Society attributes to a preponderance of large herds moving across North America, Central Asia, and Africa. These herds would gently prune the grasses, which promotes growth, churn soil with their hooves, and fertilize it with their poop before moving on to another area, spurred on by predators. The grasslands would rest, grow, and quickly suck carbon out of the atmosphere as they built up the topsoil. “Soil is the second largest carbon pool on the planet,” Burgess says. “If you change your management of soil ever so slightly, you can have a massive effect on the atmosphere.”

That’s why organizations are so keen on spreading bison back across North America, introducing a close approximation of the extinct Auroch to Europe, and getting something like a wooly mammothback to Siberia. Could wool-producing sheep also help?

“It’s not a given that wool will come from a natural system that is climate beneficial,” Burgess cautions. As soon as humans started throwing up fences to hem in their private property, livestock lost their benefits to the environment, overgrazing on the same patch until the grass completely disappeared. Then, humans started growing grain to feed their livestock, and putting all the waste from concentrated animal feed operations (CAFOs) in toxic pits. That’s where we are today for most red meat.

But if you move free-range, grazing animals around from paddock to paddock, mimicking their ancient cycle in something called “holistic management,” “biomimetic grazing,” or “adaptive grazing,” then you can claim that the wool you shear off the sheep is climate beneficial. And in a healthy system, there is actually methane-digesting bacteria in the soil. So that scary fact about cows producing the potent greenhouse gas methane? Handled. “There’s not as much off gassing in a healthy system,” Burgess says.

And there’s even more that ranchers can do. Planting willows, shrub oak, and other trees along the creek in a ranch (they way they naturally grew before ranchers cut them down) also draws down carbon. Plus, farmers can and do put windmills on their property to generate clean energy.

Finally, when you buy climate positive wool, you’re supporting a family farm. “In North America, a lot of these farms are the last holdout before a mall, a golf course, or a McMansion development comes in,” Burgess says.

What about animal rights? This is where wool made in America is pretty great. Mulesing, the notorious practice of cutting the folded skin off of of the backs of merino sheep, is done to protect them from blowflies laying eggs in their skin, which can actually be fatal to the sheep. But this is only done in Australia, where blowflies are a menace. American merino wool doesn’t require that, making it an excellent choice for the conscious consumer. (Italian wool mills still source mostly from Australia, so be cautious about Italian wool.)

Plus (and this should be obvious, but it must be said) sheep are not killed for their wool. Skilled shearers carefully sheer the wool off, then let the sheep go back to doing their thing, munching on grass, growing more wool. There are nicks sometimes, of course. “When you shave your legs, sometimes you’re going to nick your legs,” Burgess points out. And if your leg was squirming around, then you would probably do so more often. “Sheep are so valuable. I have never seen a shearer ever go in and massacre a sheep. It would make no sense, economically.”

(PETA begs to differ, but I’ve repeatedly found in my research on animal fashion topics that PETA tends to exaggerate and falsify in order to get their base riled up and garner donations.)

“We can’t meet our goals to avert catastrophic climate change unless we engage in net negative emissions, which can happen in agriculture. We have farms already doing this. We have many farms excited to do it because it increases their productivity. We’ve shown that it’s possible and it can be profitable.”

*This post was not sponsored. We are in no way afiliated to Alden Wicker or to EcoCult. 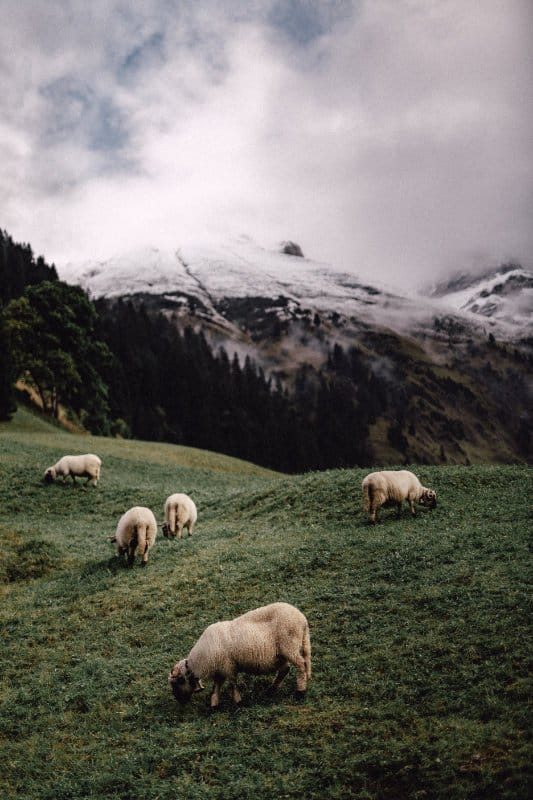 Liked our article & find this kind of topics interesting? 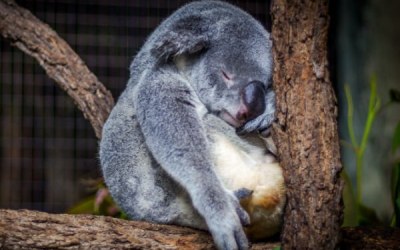 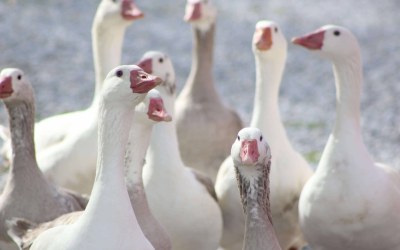 Down Pillows and Bedding: Why We Will Never Sell Them

Behind the scenes of one of the most unethical practice in the bedding and fashion industry. 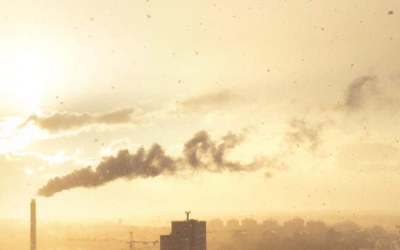 Rayon Viscose is Made From Plants, but Toxic and Destructive

The Truth about Rayon.

Do you think conscious consumers should consider wool as an important natural resource that is also good for the environment?

Then check out some of our products that are made from 100% Organic wool! 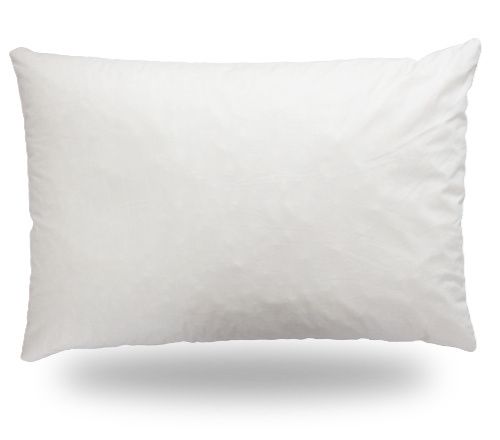 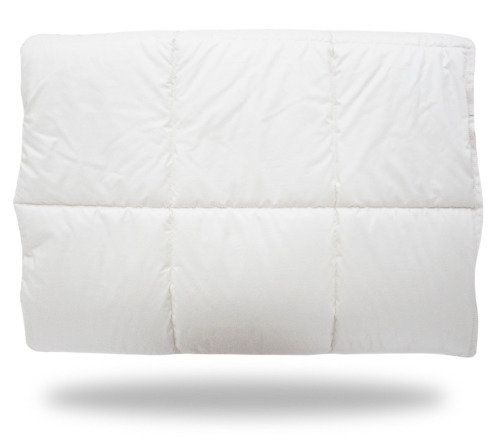 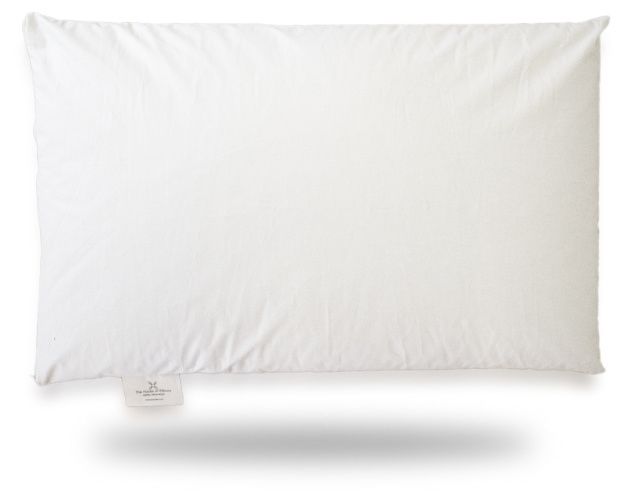